Berbatov: "What have Messi and Cristiano done to be finalists for The Best?" 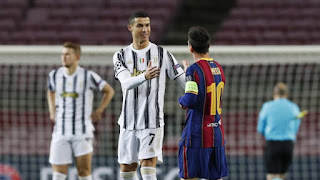 The former Manchester United player thinks that while both players are living legends, neither deserves to be up for the award: "Sadly, today's football is a business".
Former Manchester United and Tottenham player Dimitar Berbatov, who is now an ambassador for Betfair, feel that Robert Lewandowski would be the rightful winner of this year's The Best award which will be presented tomorrow night. He added that he has doubts that Messi and Cristiano Ronaldo fully deserve to be on the podium with the Polish striker on this occasion as neither have enjoyed a particularly memorable year out on the pitch.
"I'm surprised that Cristiano Ronaldo and Messi are among the finalists. I'm not sure that either of them should occupy those places. But unfortunately, football is a business and behind the scenes there is the work being done by agents, the press... there's a lot more going on than just the camaras and what we see," Berbatov said: "The Best for 2020 should go to Lewandowski and if doesn't win it wold be hugely unfair".
As for the other candidates for the award, Berbatov added. "I'm not too sure who should be up there with Lewandowski. As always, everyone has their own ideas about which players are the best,or who should win... This year it doesn't really matter, as whoever comes second ir third, Lewandowski is who deserves to win.
"Lewandowski is one of the best forwards in modern football. And this is a subject that, at the end of the day, not everyone is going to agree on. Of course there are other great strikers like Kane, Messi, Cristiano, Agüero... who have been a lot of goals for many years and who are among the best. But the way Lewandowski moves on the pitch... for me, he is in my top three forwards right now, he's magnificent," the Betfair ambassador continued.
FIFA Football