Copa Libertadores - The return of the Quarterfinals 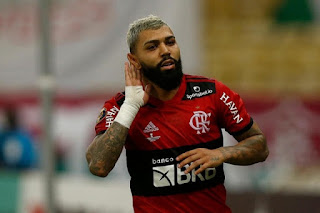 The 2021 edition of the Copa Libertadores is about to enter the final phase, and after the results in the first leg of the Quarter-Finals, some of these clubs could already be thinking about the semifinals.

The dominance of the Brazilian clubs at this stage is palpable, as none of them (including those who played each other) came out at a disadvantage for the return match. Therefore, it can be inferred that what is coming for these second leg games is that there will be a majority of Brazilian clubs in the semifinal stage.

This week's activity will be divided between Tuesday and Thursday, with Wednesday being the day with the most games, as two have to be held. Here we present the games in chronological order and with the result of the first leg.

Palmeiras vs Sao Paulo (1-1 in the first leg)

The defending champion took advantage of the game of the previous week by the visitor goal, and more taking into account that the goal scored by Patrick de Paula fell in the final minutes of the match. Now, the goalless draw would give the green team a pass, while those led by Hernán Crespo will have to go out for everything when the match starts this Tuesday.

Flamengo vs Olimpia (4-1 for Flamengo in the first leg)

The Libertadores champion in 2019 has all of them with him to achieve the pass, because only a catastrophe would prevent Renato Portaluppi's men from letting those three goals go ahead against Olimpia. As if the advantage were not enough, the good moment that Gabriel Paulista is living makes us believe that Olimpia has very few options to reverse the result obtained in the first leg.

The team with the best record in the Cup beat Marcelo Gallardo's as a visitor, but it still has a lot to prove if it wants to reach the semifinals. The team led by Cuca must maintain the defensive solidity that has characterized it throughout the tournament (especially in the final rounds, where they have not conceded a goal), because if they do not, River Plate perfectly has the arguments to reverse the result of the first leg, in what looks to be the most exciting quarterfinal tie.

Barcelona vs Fluminense (2-2 in the first leg)

The Guayaquil team was seconds away from taking a great result on the return leg, but the penalty converted by Fred left everything the same for the return game. Now, the advantage of playing at home passes to the Ecuadorians, but if the "Flu" players know something to do, it is to play as visitors, because the Brazilian team remains undefeated in that condition with three victories and a draw. what about the tournament.

Do not lose detail of all the games of this stage of the Copa Libertadores by clicking on the links that appear at the bottom of this note. There you will find all the data you need to watch the duels wherever you are.