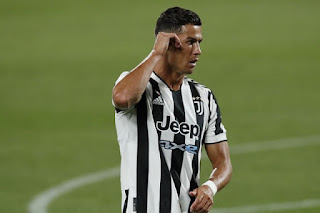 After weeks of rumors written by journalists and even an emphatic Instagram post by the player himself, Juventus' coach Massimiliano Allegri has openly stated where the footballer will play this season.

Speaking in the pre-match presser prior to their debut in this year's Serie A, Allegri confirmed that the bianconeri and the Portuguese ace will work together to bring the Scudetto back to Turin for the next 12 months.

"Ronaldo has told me he will keep playing for Juventus. He has always trained at his full capacity and I am not aware of any intention he had to leave the club," Allegri said.

A number of journalists were discussing the possibility of a rift between CR7 and the coach due to the player's absence in a friendly match last Thursday. On that subject, Allegri admitted it was his decision to bench Ronaldo, although he dismissed any problem with the striker.

"It was my decision to rest him. I have to take care of all the guys. Ronaldo gives us an added value because he scores a lot of goals, and we will work as a team to put his skills to good use," Allegri added.

Cristiano Ronaldo and Juventus will be making their Serie A debut on Sunday when they make the trip to face Udinese. Keep track of that game with our detailed broadcast info, which you will find in the following link.