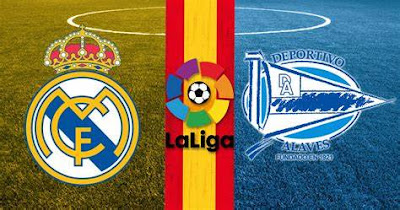 Alaves host Real Madrid at the Estadio Medizorroza in their opening fixture of the La Liga season on Saturday. Both sides will be looking to start their season off strongly with a win. The two sides had contrasting 2020-21 campaigns, with Real Madrid finishing second in the league behind Atletico Madrid, while Alaves finished 16th, four points off the relegation zone. Alaves have been inconsistent in their pre-season campaign so far. However, Javier Calleja's side will go into the game off the back of a 1-0 win against Levante. El Glorioso have strengthened well in the transfer market, bringing in the likes of Florian Lejeune, Toni Moya, Ivan Martin, Manu Garcia, Mamadou Loum and Facundo Pellestri. However, they will have the tough task against a strong Real Madrid side on Saturday. This will be Carlo Ancelotti's first game back in charge of Real Madrid, and the Italian will be looking to start his tenure off with a win. Los Blancos have had a terrible pre-season campaign, having not won either of their friendlies. The club will also have to cope with the loss of both Sergio Ramos and Raphael Varane, who left for PSG and Manchester United respectively earlier this summer. However, the arrival of David Alaba is sure to provide a boost to their weakened backline.

Both sides will want to start their 2021-22 campaign off with a win, with Real Madrid looking to challenge for the La Liga title once again this season.

As expected, Real Madrid have dominated the head-to-head record between the two sides, winning four of their last five meetings, with Alaves winning the other. Real Madrid came away as 4-1 winners the last time the two sides met back in January. A brace from Karim Benzema, along with goals from Casemiro and Eden Hazard, was enough to complete the rout, with Joselu getting on the scoresheet for Alaves. Alaves.

Alaves' new signing Mamadou Loum picked up a thigh injury earlier this week and will miss the game on Saturday.  Apart from that, Javier Calleja will have a full-strength team to choose from for the game.

Meanwhile, Ancelotti will be sweating on the fitness of Eden Hazard, who is a doubt for the game. Karim Benzema has recovered from COVID-19 but is unlikely to start on Saturday.