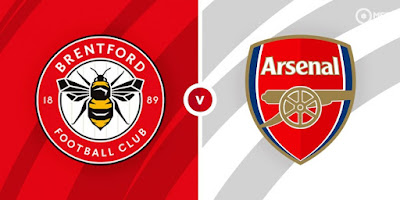 Brentford play hosts to Arsenal to get the new Premier League season underway. The Bees had to wait for 74 long years for this moment as they take their first step towards cementing their place among their peers in the division. Their fate was sealed in a momentous day in the Championship playoff finals at Wembley against Swansea, in front of their own allowed supporters.
Manager Thomas Frank will be optimistic ahead of their opening night clash with Arsenal after facing a few Premier League sides during pre-season. A win against Watford and Valencia were high points during the period, while the 1-0 loss to West Ham should be only a blip. The Bees were otherwise dominant over other teams from lower leagues during the pre-season. It should be noted that Brentford ended the previous Championship season on a nine-game unbeaten home run. When the whistle blows for kick-off, the Bees will become the 50th different team to play in the Premier League, although none of the nine London sides before them ever managed to win an opening day fixture.
Their opponents, Arsenal, kick-start their campaign after finishing the last two seasons in 8th place. This season’s big difference will be the absence of European football of any kind, which should allow Mikel Arteta to focus solely on the Premier League. The Gunners hope to break back into Champions League places at the end of the season. Arsenal endured a mixed bag pre-season, starting with a loss to Hibernian. They returned from Scotland winless after mustering a draw to Rangers. Their much-publicised trip to the United States got called off owing to positive coronavirus cases within their staff, and Arsenal played their next set of games at London Colney. After winning behind-closed-door games, they endured a tough phase in the Mind Series, co-hosted by Tottenham and Chelsea. Despite putting in decent performances against both neighbours, Arsenal took back-to-back defeats to finish their pre-season on a low.
Football