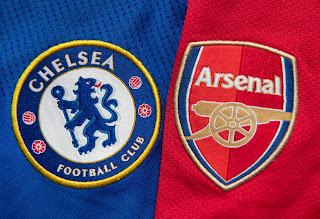 Chelsea are off to a good start this season, and we have a great chance to keep it going with Sunday’s trip to Emirates to play an Arsenal team already in crisis. However, given our recent struggles against the Gunners (just 3 wins in the last 12 in all competitions), and given that it’s a derby, and given that the home side will have their backs to the wall, we cannot and must not take anything for granted. The first goal in this one will be even more important than in most games, and if we can grab that early lead, have the crowd turn on their team — it’s their first home match with a full capacity crowd since before the pandemic — we should be able to make it six points from six to start the season, and keep up with Liverpool (whom we’ll be facing next) and (probably) Manchester United, and ahead of Manchester City.

Arsenal team news: Arsenal began the season with an amusing 2-0 defeat to newly promoted Brentford, who were playing their first top flight match since 1947. An historic day for them, which has plunged the Gunners into crisis mode yet again — that’s pretty easy to do these days, in fairness, as they’ve failed to finish in the top four for five seasons running, including back-to-back eight places. But as mentioned at the top, they should not be underestimated. They’re young and talented — and have spent over £100m in the transfer market as well, including £50m on center back Ben White! — with the likes of Bukayo Saka, Emile Smith Rowe, or Nicolas Pépé certainly capable of creating dangerous moments for any defense, and they might get Pierre-Emerick Aubameyang back for this one as well. He faces a late fitness test. Unfortunately for under-pressure Mikel Arteta, plenty of others have been ruled out either through injury or COVID protocol, including Thomas Partey, Alexandre Lacazette, Eddie Nketiah, Gabriel Magalhães, and our old pal Willian. New signing Martin Odegaard has not been registered in time for this game. New goalkeeper Aaron Ramsdale has, but Bernd Leno will probably still start. Other new arrivals include midfielder Albert Sambi Lokonga and full back Nuno Tavares. Oh, and David Luiz has left (and is currently still a free agent).

Chelsea team news: Chelsea have a couple injury concerns as well, but the good news is that N’Golo Kanté’s back from his ankle knock and Hakim Ziyech is apparently okay now after his shoulder dislocation(?). And Romelu Lukaku is now available to play and has had a full week of training with the squad. In less good news, both Christian Pulisic and Ruben Loftus-Cheek are in COVID protocol. Other than Lukaku’s arrival, the other big development of the week has been the official confirmation that Trevoh Chalobah is staying with the first-team, and keeping the (often scenic) pathway from the youth team to the first-team somewhat open. In the last week, we’ve also been busy arranging several outgoing transfers and loans, with Tammy Abraham leaving for good and the likes of Emerson, Kenedy, and Michy Batshuayi leaving for the season at least. Previously: We beat Arsenal 2-1 in a friendly earlier this summer, but our last win against them in a competitive match was in December 2019 (Jorginho and Abraham scoring in the final ten minutes to come back and win, 2-1). Let’s watch some highlights from training this week instead.