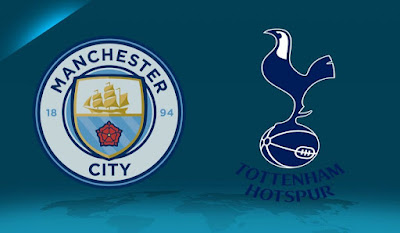 Tottenham Hotspur welcome defending champions Manchester City at the Tottenham Hotspur Stadium on Sunday hoping to start the new Premier League campaign brightly. Spurs were very poor last season, failing to qualify for the Champions League and losing to Manchester City in the Carabao Cup final. Under new manager Nuno Espirito Santo, the north Londoners will aim to challenge for a place in the top four this term. They head into Sunday off the back of a morale-boosting 1-0 victory over north London rivals Arsenal in a friendly game. On the other hand, after a slow start to the 2020/21 season, Manchester City ran away with the Premier League title, finishing 12 points above cross-town rivals Manchester United. However, they suffered heartbreak in the Champions League final, losing to Chelsea in May. Pep Guardiola’s City come into Sunday’s game off the back of a 1-0 defeat to Leicester City in the FA Community Shield at the Wembley Stadium.
Tottenham vs Manchester City: Team News
Tottenham:
Ryan Sessegnon remains out with a hamstring injury. New signing Cristian Romero, who was a part of the Argentina squad that won the Copa America in July, hasn’t trained with his new teammates and appears unlikely to feature. Tanguy Ndombele was not picked for the friendlies against Arsenal and Chelsea, so he remains a doubt for Sunday’s game even though he’s not injured, as confirmed by Nuno. Meanwhile, Harry Kane is in contention for Sunday’s encounter against Manchester City, despite returning late to the club. Hugo Lloris will be in goal, with a backline of Serge Aurier, Davinson Sanchez, Eric Dier and Sergio Reguilon ahead of him. Pierre-Emile Hojbjerg will anchor the midfield along with Harry Winks. Dele Alli will be the link between attack and midfield. Steven Bergwijn and Lucas Moura will start in wide areas with Son Heung-min spearheading the Tottenham attack against Manchester City.
Manchester City:
Kevin De Bruyne and Phil Foden sustained injuries in Euro 2020 earlier this summer and are set to miss the start of the new Premier League campaign. Pep Guardiola’s squad is taking shape nicely ahead of City’s season opener, with Gabriel Jesus, Ederson, Kyle Walker and John Stones all returning to training on Tuesday morning after long summer holidays following their international duties in the Copa America and Euro 2020. Despite less than a week’s training, Ederson should start in goal. Joao Cancelo and Benjamin Mendy will retain their places at full-back positions, but John Stones could come into Guardiola’s starting XI and partner Ruben Dias in central defence. Fernandinho will start in the holding midfielder’s role with Ilkay Gundogan and Bernardo Silva as advanced 8’s. A false 9 set-up could see Ferran Torres lead the Cityzens’ attack, flanked by Riyad Mahrez and Samuel Edozie, who enjoyed an impressive pre-season. The most expensive player in the English top-flight, Jack Grealish is set to start on the bench at the Tottenham Hotspur Stadium.
Tottenham vs Manchester City: Predicted Lineups
Tottenham (4-2-3-1) : Lloris; Serge Aurier, Davinson Sanchez, Eric Dier, Sergio Reguilon; Pierre-Emile Hojbjerg, Harry Winks; Lucas Moura, Dele Alli, Steven Bergwijn; Son Heung-min.
Manchester City (4-3-3) : Ederson; Joao Cancelo, John Stones, Ruben Dias, Benjamin Mendy; Fernandinho, Ilkay Gundogan, Bernardo Silva; Riyad Mahrez, Samuel Edozie, Ferran Torres.
Tottenham vs Manchester City: Key Players
Tottenham—Son Heung-min
With Harry Kane most likely to be on the bench, all eyes will be on Son Heung-min leading Spurs’ attack on Sunday. The South Korean, fresh from scoring in the friendly win over Arsenal, could have a major impact on this game. His pace and movement can cause all kinds of problems to City’s defence.
Manchester City—Riyad Mahrez
Riyad Mahrez was arguably Manchester City’s best player in the pre-season friendlies. Due to his dribbling skills, unpredictability and shooting, the Algerian can win games on his own and will pose the biggest threat to the home side.
Football Laliga