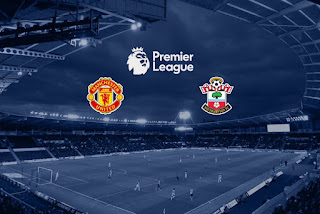 Manchester United travel to the South Coast to face Southampton. These two clubs enter the season with differing momentums. The visitors have made quality additions and look set to challenge for the title. Meanwhile, Saints have lost three key players. Their supporters are worried about a potential fight against relegation. In this fixture last season, Old Gunnar Solskjaer’s men came from 2-0 down at half-time to win 3-2. They will be confident that they can take the three points for the second successive campaign. There was good news for Southampton fans on Thursday, as it was confirmed that James Ward-Prowse had signed a long term extension. Many feared that he would be the next out of the door, as there was interest from Aston Villa and Tottenham. There will now be hopes that they can strengthen their squad before the transfer window closes. Ideally, they need to add quality in defence following the sale of Jannik Vestergaard. They were poor against Everton at the back and that is something that will be targeted this weekend. Manchester United delivered one of the most impressive attacking performances of the opening weekend. Bruno Fernandes, Paul Pogba and Mason Greenwood were electric in attack. It will be a worry for Southampton if the trio deliver a similar level of performance on Sunday. Jadon Sancho could be in line to make his first start of the season, which will make their attack even more devastating. Solskjaer will want his team to start quickly and avoid dropping silly points early in the season. This is a game they need to win if they are to emerge as title contenders.

Southampton have failed to beat Manchester United in their last 10 meetings at home. Manchester United have failed to keep a clean sheet in their last nine matches across all competitions, suggesting a weakness at the back. Armstrong It has been a frustrating summer for Southampton, but the arrival of Adam Armstrong has provided some hope for supporters. The former Blackburn forward was one of the most impressive players in the Championship last season. He shone in a mid table team in the division and it looked a matter of time before he stepped back up to Premier League level. In his formative years, he was on the books at Newcastle United. He failed to break through in the North East, but that will be Southampton’s gain. Armstrong scored on his debut. It was a great finish to give them the lead at Everton. During the match, he attempted three shots. The Geordie isn’t afraid to shoot on sight and that will mean he always carries a threat. His pace and movement can cause problems for Manchester United. Fernandes There were several impressive performances last weekend, but Bruno Fernandes was the star man. He scored a hat-trick and displayed his willingness to make runs beyond the central striker. This is a part of his game that we have rarely seen since he arrived at Old Trafford. Fernandes is known for dropping deep and linking play. His attacking intent against Leeds United should worry the rest of the Premier League, as it looks like he may carry an even bigger threat this season. During the previous campaign, he contributed 18 goals and 12 assists. The Portuguese midfielder will be looking to improve on those numbers this year. He has the quality and it looks like the set-up at Old Trafford will benefit him over the coming months. Southampton are poor at the back, which means there will be space for Fernandes to exploit.

Will Smallbone will be missing for the home side. That is the only major absentee for Southampton, with the rest of the squad available for selection. Adam Armstrong and Che Adams will lead the line on Sunday. Raphael Varane and Edinson Cavani are both doubts for the trip to the South Coast. Marcus Rashford, Dean Henderson and Alex Telles remain on the sidelines.

Manchester United will be too strong for Southampton. These two teams will be competing at different ends of the league table and the quality difference will be evident on Sunday. Solskjaer’s men were very impressive during their opening day victory and they will be looking to carry on that form this weekend. Given the defensive issues that Southampton have, it is difficult to see anything other than a comfortable away win. Southampton 1-3 Manchester United